Discover Swartland: the not-so-new region on the block that suddenly everyone is talking about… 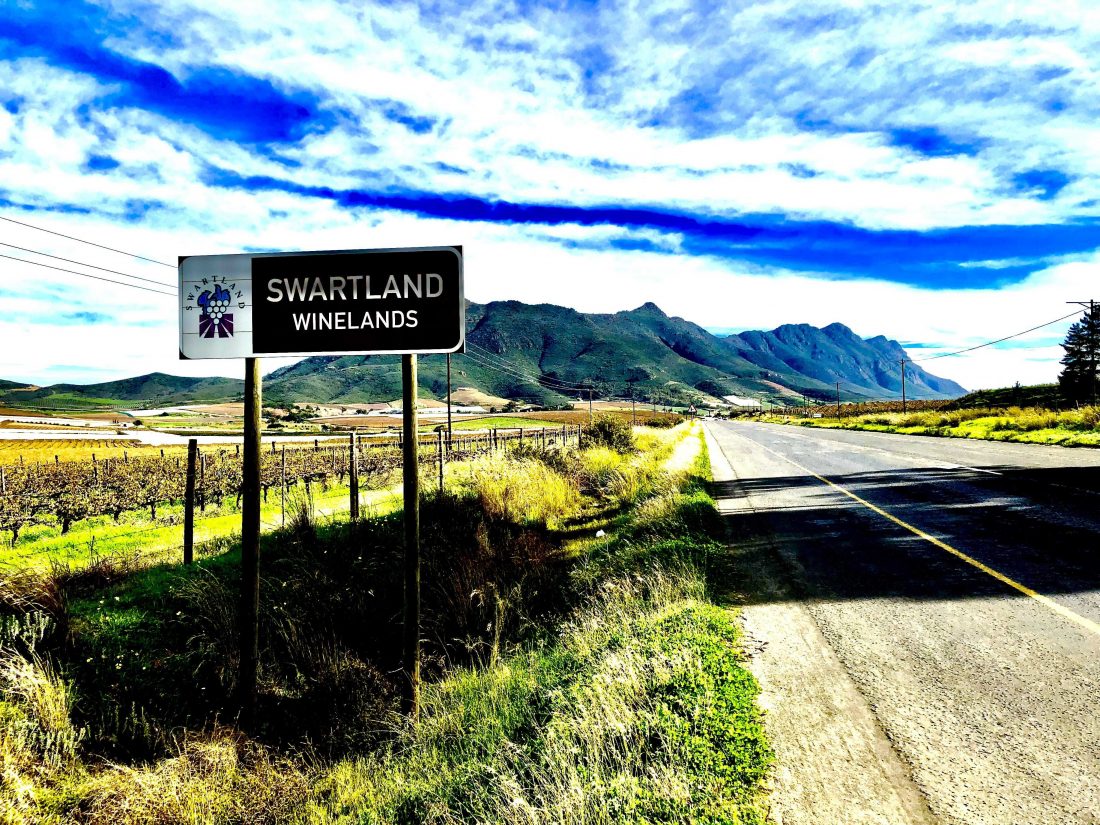 Discover Swartland: the not-so-new region on the block that suddenly everyone is talking about…

When it comes to South African wines, regions like Stellenbosch, Franschhoek and Constantia are historically most lauded and globally best renowned. More recently, the name Swartland seems to be on every wino’s lips… fast becoming recognised for less expensive but great quality wines. Some of our favourites are Trizanne’s Swartland Syrah, Billy Hughes’ Nativo Red Blend, and Carinus’ Chenin Blanc

We chat to the winemakers to uncover the secrets of Swartland: the not-so-new region on the block that suddenly everyone is talking about…

Swartland, which literally means “black land”, is situated about 100 kilometres north of Cape Town, Western Cape. Traditionally recognised as a wheat-producing region, it has since blossomed into a large wine-producing area specialising in rich, fruity wines such as Shiraz, Chenin Blanc and Pinotage grape varieties.

Lesser known than its globally esteemed winemaking counterparts like Stellenbosch, Franschhoek and Constantia, those in tune with Western Cape wines may have noticed the name Swartland appearing more and more. And we are finding some of our top winemakers increasingly sourcing their grapes or growing their own vines (some of them being the older vineyards in the country) in this less widely recognised West Coast wine region. But what is it about the Swartland region that sends our winemakers and wine drinkers alike into a state of infatuation? Could it be the terroir, the technology, the tradition or the diversity the region presents?

The Swartland climate is hot and dry, which viticulturists have used to their advantage in these vineyards – the dry conditions help to  reduce the risk of fungal diseases among the vines, and a lack of water in the soil leads to lower yields and smaller, more concentrated fruit.

“Swartland gets much less rain than, say, Stellenbosch, for example, and any – if not all – farmers in this region would tell you that if they could have irrigation, they certainly would. These weather conditions makes cropping slightly less. However, when the real drought started in 2016, the vineyards carried between 3 and 5 tons per hectare, so making big powerful wines with great structure and concentration was quite easy to achieve.” says Lukas Van Loggerenberg, winemaker for Carinus Family Vineyards and Van Loggerenberg Wines and turning heads for creating the only 5-star Platter rosé wine (a 100% Cinsault blanc de noir) in the country.

The area’s terroir is similar to that of the south of France with the dominant soil type being Malmesbury shale, named for the town of Malmesbury that sits in the middle of the region. You will also find pockets of granite – with grapes generally having less vigour – particularly around the Paardeberg area.

Billy Hughes, owner of The Hughes Family Wines based in the Swartland region, tells us more about how the terroir affects the flavours that come through in a wine using a Shiraz varietal as an example: “If you farmed the Shiraz grapes in an area with schist soils – a medium-grade metamorphic rock – the flavours would be of a bright red type such as cherries and strawberries. However, if you plant the same Shiraz vine on a granite soil it would produce more blue notes such as blueberries and plums. Here in Swartland we have clay soils (red in colour and full of iron) that produce more masculine wines with dark colours and flavours such as Cassis and blackberries.”

Alex Dale, owner of Radford Dale winery, also speaks on what characterises the grapes and the terroir in Swartland: “We started making wine in the Swartland region in 2003 and with the lower rainfall, hotter and drier weather and the larger variety of soils that behave differently with the climate, we can say that these conditions are suitable for Syrah, Grenache, Carignan and Viognier varieties too.”

“We were the pioneers of the Swartland before it became what it is today. The first seven to eight years was a struggle to sell the wine because people thought Swartland was jug wine and wheat and table grapes – but now younger people, especially, are looking at Swartland because it’s more accomplished today. They are especially drawn to its wildness and breaking the rules.”

“Swartland has definitely become one of the most revolutionary, creative regions.” says Dale.

Technology and innovation has also played a great role in the art of winemaking. However, in the Swartland, many winemakers opt to use a “retro approach” in an attempt to preserve the area’s rich history and tradition by making wines in smaller volumes, using more traditional methods such as natural fermentation. This not only contributes to the area’s wine diversity but also it it’s uniqueness – and in many cases results in a finer, more obviously hand-crafted wine.

“It is great to be in the Swartland, and particularly part of the Swartland Independent Producers. It is a group of about 22 producers with young and innovative winemakers that are not afraid to try new things,” says Hughes. “They are also very generous in sharing information and giving advice on delicate matters with regards to winemaking and farming. We have regular meetings and events where we work together to promote the region.”

What else makes a Swartland wine unique?

“The wine drinker will experience intensity of fruit, grainy tannins, depth, lingering mouthfeel,” says Trizanne Barnard  – another of our winemakers with a penchant for the hot and wild Swartland region when it comes to her wine label, Trizanne Signature Wines, (along with the cooler area of Elim, which you can read more about in our interview with her).

And so if “revolutionary”, “creative”, “great structure” and “lingering mouthfeel” aren’t compelling enough arguments, you’ll just have to try some of these fantastic wines yourself! When you do, drop us a comment about your experience, we would love to hear your thoughts (and tasting notes).